Over 27027 fire accident deaths in India – How can we contribute towards safety?

What is a CO2 fire extinguisher? 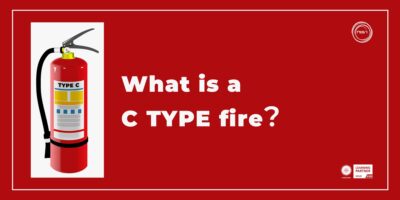 What is a C type fire? 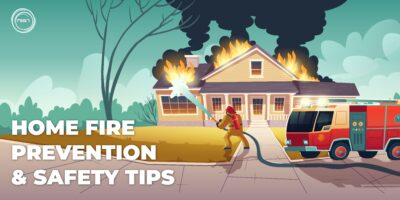 Fire accidents – Time to time, we keep hearing a plethora of devastating news of fire accidents in India.  One such incident that depicts how destructive fire accidents can be is Haryana School Fire Accident (23 December 1995). It is recorded as one of India’s Worst Fire Disasters costing more than 400 lives. The fire was triggered by a short circuit in a generator during the school event. It was a matter of 7 minutes to endanger the crowd as the synthetic tent used for the event was caught on fire. The only exit available was also blocked leaving very little space to avoid the tent.

Accidents like this tend to leave a bigger scar on both the victims and the entire nation. It was revealed that India recorded around 1.6million fire accidents so far involving 27,027 fire accidents deaths. The most vulnerable victims were children below 10 and the elderly above 60 years.

Many victims end up being helpless to escape an unexpected fire accident due to the lack of awareness and proper exit strategies. Let’s look at some fire accidents in India that happened in recent years.

To celebrate the mark of the regional New Year, thousands gathered to enjoy the firework on 10 April 2016. The accident started when a spark from the faulty rocket fell in a large stockpile of heavy firecrackers triggering a chain reaction. 111 people died with 378 devotees severely injured.

An Illegal firecracker manufacturing factory tells us why it is important to follow the government norms. Bawana, a plastic manufacturing company had an illegal unit to manufacture fireworks. Around 6 pm, the illegal unit was caught on fire risking the lives of the labourers inside as their exit was blocked for other construction activities. This accident took away the lives of 17 people on January 20, 2018.

The fire started from Kamala Mills – rooftop bar’s hookah due to flying ambers which lit the nearby flammable materials such as curtains and other decorative items. The fire moved to the adjacent roofs leaving people in chaos and panic as there was no immediate emergency exits or fire safety equipment. This accident took 14 lives and over 55 injured forcing authorities to recheck the safety norms.

A leaking gas cylinder caught fire on a narrow lane opposite Hotel Mubarak on Sunday afternoon (29 August 2021). It was reported that someone dropped a cigarette nearby the gas cylinder leading to a blast affecting the people crossing its path. Two fire engines and one water tanker reached the place to rescue leaving 17 injured.

The fire caused by short-circuits in a sleeper coach endangered the sleeping passengers. It was just a matter of 20 minutes for the fire to spread fast as the train was moving at 70 mph. With very few options to escape, 15 people died and almost 25 saw a near-death escape who luckily used the rear and forward exists.

On June 27, 2014, the underground faulty gas pipeline maintained by GAIL got blasted. It is recorded that the adjacent tea owner lit a stove early in the morning resulting in an explosion. Huge flames erupted from the damaged pipeline gutting the nearby houses, stalls and crop fields. 23 people lost their lives and around 40 were severely injured.

The fire caused by a short circuit lit the 100 m long tent covering the event endangered the visitors due to lack of emergency exits. The incident killed 65 people and injured 150 with several injuries.

Dated on 16 July 2004, this accident took away the lives of 94 innocent students aged from 4 to 10 as the result of a fire that started from the school’s kitchen log while preparing food. It was an easy spread as it was a thatch-roofed 3 storey building. The thatched roof & its supporting bamboo poles were caught on fire; it fell on children also blocking the exit. Madras High court charged and convicted the responsible staff including teachers, department officials and municipal officers.

This is one of New Delhi’s worst tragedies as fire broke out at Uphaar Cinema hall. The smoke emerged from the parking lot but the audience didn’t suspect fire as they assumed it was a part of the theatre’s effect. But later, they realized that the blaze spread by the leaking oil from the transformers already burnt 27 parked vehicles.

The incident recorded 59 deaths and over 100 people severely injured with the stampede while screening the Bollywood movie, “Border” on June 13, 1997.

So what went wrong?

With extensive precautions, many lives would have been saved. Probably, applying the right safety measures at the right time would have prevented such ill-fated accidents.

Flammable materials should be properly contained in a temperature-controlled ventilated area. Avoid placing the materials near igniting sources & keep them accessible to fire-fighters. All materials must be properly labelled with preventive signs to alert the users or passer-by.

Equipment on the use or overnight machinery must adhere to the safety instructions before leaving it unattended. No heavy equipment must be overloaded above its capacity. Regular inspection and optimal usage of equipment will reduce the risks involved.

This is the topmost cause of many disastrous fire accidents as it restricts the emergency exit during an event. It is advised to conduct mock-drill or periodical inspection/auditing to ensure a less chaotic escape plan from dangers.

Fire exit is the first step of emergency rescue strategy followed for any fire accident. Thereby, it is the duty of every individual to be well-informed about the emergency plan and a systematic way to exit when an incident occurs.

Defective products will endanger may cost lives on prolonged usage. It is highly recommended to stop using it and replace it with a better product to avoid its adverse effect. Every product must go through periodical quality inspection and preventive safety actions to safeguard it from dangers.

After many fire investigations, it is found that not complying with the guidelines of national, regional and municipal laws lead to an unsafe and vulnerable environment. Alternative procedures for a safety method can be implemented with approval in case of temporary conditions.

These incidents leave us an alarming wake-up call for safety. Keeping in mind the disastrous consequences, it simply proves how significant safety awareness is for every individual. In any case, safety equipment and personal protective equipment must be kept accessible to all the occupants on a premise.

In India, all the buildings should comply with fire safety regulations as per National Building Code (NBC), Building Regulations Act and NFPA (National Fire Protection Association) Act to delineate a fire-safe building.

Some basic regulations that any building should adhere to the fire-safety guidelines are as follows,

In industries where the fatality rate for fire accidents is higher, it is recommended to equip your workers with adequate knowledge in fire safety to best prevent major accidents.

Every organization can prevent such fire disasters with fire audits and fire safety training among the employers for maximum protection.

Due to the disastrous nature of fire accidents, every building is recommended to get audited with fire safety. Fire audit is a must for warehouses, malls, commercial, residential, e-commerce, hospitality, educational institutions etc. The process and benefits of fire audits vary from one building type to another.

What is a CO2 fire extinguisher?

What is a C type fire?